No one quite knew what to expect when an unknown guy from Army with an unpronounceable and unspellable last name arrived at Duke University in 1980 to helm an historically successful college basketball program. Forty-plus years, 1,100 wins (the most in NCAA Division I history), 5 NCAA championships, 12 trips to the Final Four, and 3 Gold Medals as coach of the U.S. Olympic team later, success may seem as if preordained but, of course, it wasn’t.

Mike Krzyzewski, or Coach K as he came to be called, had doubters from the start. For one thing, the Blue Devils program was already nationally known and respected; the Duke community of students, alumni, faculty and fans had come to expect Adonis-like athletes and mighty victories over storied opponents, especially the hated Tarheels of UNC. The athletes in his first class of recruits looked like hardworking everymen, not future NBA stars. When, at the end of Coach K’s first year, the team failed to make the NIT tournament, much less the more desirable NCAA tournament, there were serious calls for his ouster.

It may have been his West Point training or something more inherent in his personality but he started an all-out charm offensive on the Duke campus. I arrived there in 1981 and Coach K was seemingly everywhere. At charity tennis tournaments. At fraternity and sorority dinners. Shaking hands in the student union. Walking the quads. Like, everywhere.

Over time, Coach K revealed his coaching personality and philosophy as well. Brainy. Team ball, not one-0n-one showmanship. Dedication to the long haul. Hard work. Personal and team discipline. Commitment to academic as well as athletic performance. The team was clearly rebuilding and it was clearly going somewhere positive.

With the benefit of hindsight, of course, we know where this story is headed…

…year after year (40+ of them) of enviable success.

…a program generally considered “clean” by the standards of college basketball – which is to say generally free from financial, academic, criminal and sexual scandals.

…former players who find future success in basketball, sure, but also in business, medicine, law, academics, coaching, broadcasting, whatever, and universally express their gratitude for his mentorship.

…a coach who has earned the respect of his peers, who can offer candid and insightful perspectives on the nexus of sport and academics, and who holds an appointment in his university’s business school, not as a vanity-serving courtesy but because of his engaging books and lectures on leadership and organizational behavior.

The legacy of Coach K and the program he’s built are undeniable sources of pride for the Duke community and, perhaps, sources of envy for others. He deserves appreciation and thanks on the occasion of the announcement of his retirement at the end of next basketball season.

In any decent and civilized society, Mike Krzyzewski would continue to be a source of emulation by coaches and educators for many years to come. Here in the U.S., we can only hope.

Years ago, 31 years ago to be exact, I wormed my way into the national bobsled training camp and team selection at the U.S. Olympic training center in beautiful Lake Placid, New York. Long story; maybe another time.

Every day after a light breakfast and meetings at the training facility, we’d run our assess off and end up at Lake Placid’s Olympic Stadium, where the opening and closing ceremonies were held for the 1980 Winter Olympics, which were, as you might remember, best known for the U.S. Hockey Team’s ‘Miracle On Ice’ victory against the highly-favored team from the USSR (or CCCP, if you’re reading their jerseys). Once at the stadium, we’d do calisthenics, sprinting, lifting and training at push-starts.

One morning, we were in the midst of stretching when a tour bus rolled by slowly, dozens of faces pressed to the windows. 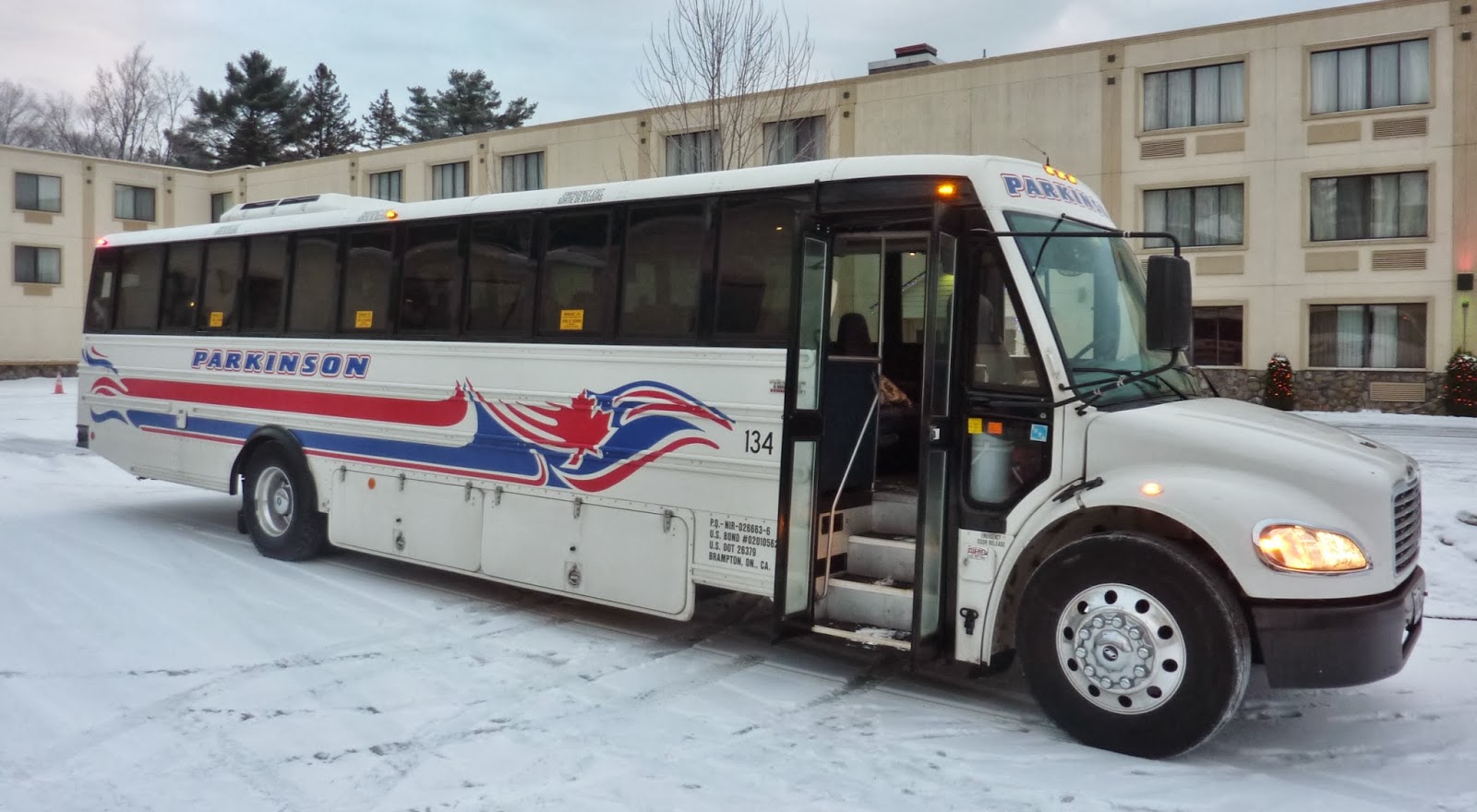 With that, one of the seasoned bobsled veterans, who, I came to realize, are a uniquely insane bunch, yelled “Show ’em you’re nuts!” Or, it might have been “Show ’em your nuts!” (Pronunciation, you’ll note, are pretty much the same.)

In either event, all of us guys flopped onto our backs and assumed roughly the following position.

Now, it was fall in the Adirondacks, but we were all wearing t-shirts and shorts, not sweatpants. Consequently, those visitors to beautiful Lake Placid, New York and its historic stadium were treated to a mighty big eyeful of sweaty man crotch.

And still, these many years later, I’m uncertain whether I was being commanded by a respected team elder to demonstrate to these visitors my insanity or my lack of modesty. Such is the power of the apostrophe, my dear readers.

We go through it routinely, this cycle. Whether through typically purposeful media hype or other more organic mechanisms, we inflate celebrities to the status of heroes. Then comes the inevitable, but somehow surprising fall of these faux heroes due to their completely predictable human failings.

Maybe the problem lies, not with those we’ve chosen to elevate, but with ourselves and our choices of heroes.

After all, what is it we think a hero is?

A hero is not someone who just does extraordinary feats. If that were true, every circus freak would be a hero. No, a hero is someone who does extraordinary feats: (1) while exposing themselves to risk (physical, emotional, to their reputations) or danger; and (2) doing so in order to benefit others. Examples might include, exploring previously undiscovered places, saving others in time of war, or teaching girls to read in Taliban-controlled Afghanistan.

By that definition, and I say this as a dedicated fan of sport, there is nothing inherently heroic about athletics; athletics being simply being a category of popular entertainment.

The latest revelations about Lance Armstrong have led to a by-now typical round of hand-wringing about the loss of our “heroes.” At this late date, anyone – and I mean anyone – who holds sports personalities as heroes must be: (1) a child, (2) hopelessly ignorant, or (3) both blind and deaf.

Since 1998, more than a third of the top finishers of the Tour de France have admitted to using performance-enhancing drugs at some point in their careers or have been officially linked to doping. 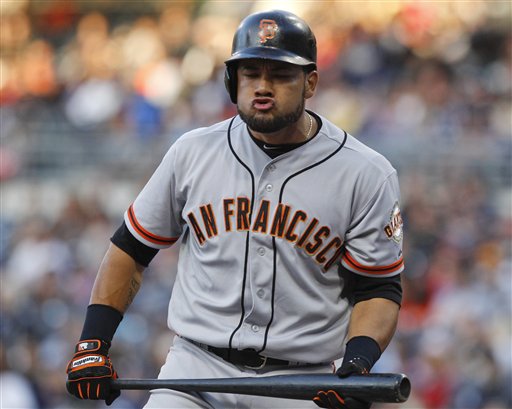 Major-league baseball’s latest, but by no means only high-profile cheaters, Melky Cabrera and Bartolo Colon. Colon was having a solid year and Cabrera was selected MVP of the All-Star game before being caught taking banned performance enhancing substances. 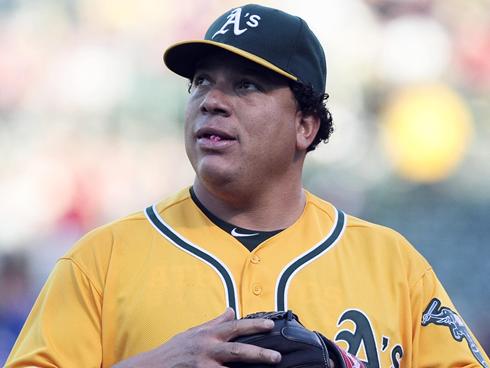 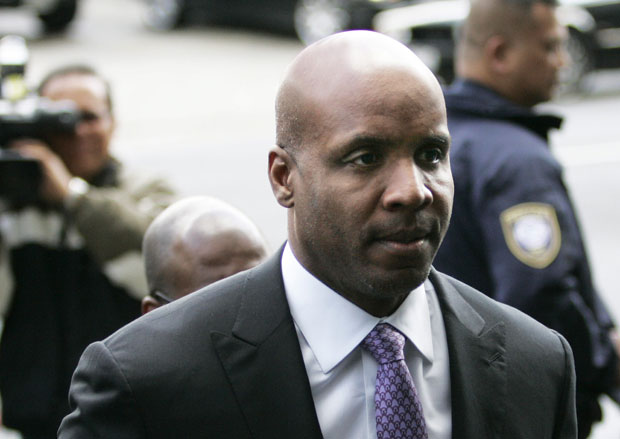 At the age of 32, Physicist Sally Ride became an astronaut and was the first American woman to orbit the earth. Marine sergeant and Congressional Medal of Honor recipient Dakota Meyer risked his own life to save 13 US troops and 23 Afghan soldiers by providing the cover in a firefight necessary for their escape. Mohandas Gandhi exposed himself to prison, beatings and ridicule in his fight for Indian rights and independence.

Barry Bonds and his ilk, pardon the expression, aren’t even in the same league.

As long as we continue to elevate entertainment personalities, both athletes and others, to the status of heroes, we’ll continue to go through this wrenching but, in the end, essentially empty and meaningless cycle of apotheosis and public destruction.