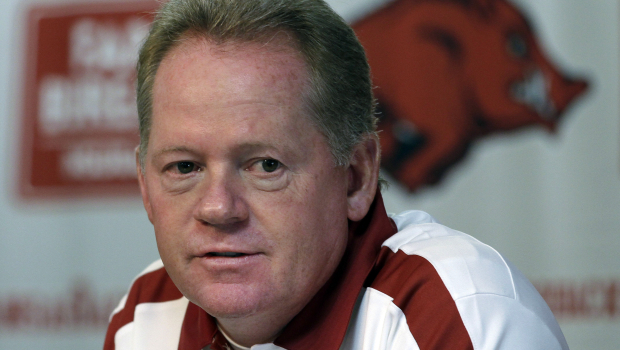 The story is so cliched, so old and tired, it’s already bypassed dull morality play and gone straight to bad TV parody: head football coach hires comely coed athlete then falls hard for her, jeopardizing his marriage, his career and his team’s chances of winning a national championship.

This time, the role of head coach is played by the University of Arkansas’ Bobby Petrino. And it’s a measure of our national cynicism and low behavioral expectations around big-time athletics that even The New York Times’ coverage of the story begins with an analysis of this case’s effect on football rankings, not a review (much less an indictment) of the coach’s conduct.

Here’s the principle of appropriate human behavior I believe we should focus on: when a superior starts a relationship with a subordinate employee, by virtue of the unequal distribution of power, it cannot be fully consensual. Therefore, it is, by definition, abusive. Bobby Petrino is now part of a large and growing club of executives who think their sexual advances toward subordinates are within the boundaries of appropriate workplace behavior, and who try to defend them by calling them consensual.

They’re all wrong; furthermore, they’re evil to even try.

2 thoughts on “Not the First, Just the Latest”