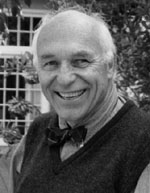 Sadly, I never took a single course from the late William Ker (Sandy) Muir but (not sadly) he absolutely changed my life and how I live it.

Muir was a professor of political science at the University of California, Berkeley, when I was an undergraduate. Our paths crossed many times in my several years at Cal; he often met with incoming students when I worked new student orientations and I was mesmerized by him. He walked in on metal crutches, slowly, carefully. He’d had polio, I was told. (Later in life, I understood he used a wheelchair to navigate the hilly Berkeley campus and its labyrinthine halls.) He stood ramrod straight at the lectern, weaving engrossing stories in stylish but spare prose.

He had a sincerely warm manner, blazing smile and inviting personality. New Cal students loved him and I became a fan.

But, you know, I was busy at other matters and never took his classes.

It wasn’t until years later, as a grad student studying negotiation, I came across Police: Streetcorner Politicians, his amazing book that blew my mind. In it, Muir talked about the limitations of coercive power (i.e., force) and how it, paradoxically, puts those who employ violence on behalf of the state at a distinct power disadvantage.

That book got me thinking critically, for the first time, about the limits violence puts on those who employ it, rather than those upon whom it is employed. Many times, Muir shows, by outlining the 4 paradoxes of force (the Paradox of Dispossession, the Paradox of Detachment, the Paradox of Face and the Paradox of Irrationality), that those with the most power can be put at a distinct disadvantage. Furthermore, those attempting to coerce others into specific actions must use wisdom in addition to threats of violence and physical strength (or weapons), or they will be, at best, ineffective, or, at worst, dominated or dead.

This book completely changed my conception, not only of negotiation strategy, which had been the point of reading it, but also of interpersonal relations. Thanks to Sandy Muir’s brilliant study of the Oakland Police Department, I think very seldom of coercion as a negotiation (or personal) approach and am almost impossible to coerce in negotiations.

(How I wish Muir had been consulted by Bush, Cheney, Rumsfeld, Wolfowitz, et al., before they unleashed all holy hell on Iraq – but that’s another story.)

Sadly, Sandy Muir passed away last week; one of his great professional achievements is duly noted and my personal appreciation for him hereby expressed. 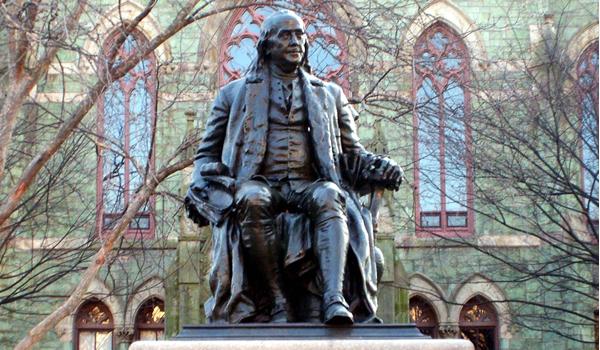 We’d stopped in front of College Hall at the statue of Benjamin Franklin to take a quick picture of our daughter, who’s thinking of applying to study at Philadelphia’s University of Pennsylvania.

An older gentleman walking by said to me in a distinctive Greek accent, “So, is she the candidate?”  The face was more than a bit older, but I recognized the voice at once. It was Tony Tomazinis, a Penn professor of city planning I remembered from my time there, way back in the 1980s.

We talked and laughed for a few minutes and I asked about one of his colleagues, my mentor, Seymour Mandelbaum. “He passed away last week,” he said, eyes downcast. Unsure I’d actually heard what I thought I did, I stuttered and choked through an “Excuse me?” Yes, he said, Seymour had died suddenly. The department was distraught.

We shared some memories and said our goodbyes and Tony walked on.

Seymour was a great human being – a wise person, a deep thinker, a brave writer. He was also a kind and gentle soul. He was at ease with himself and others, funny, warm, kind, challenging.

Had I visited Penn a year earlier, or even a month, I might well have stopped by to see Seymour, a professor and mentor who’d made a substantial contribution to my life. I hope he knew what he’d meant to me, for I likely never told him directly – a boneheaded mistake I now regret deeply and, for Seymour’s memory if nothing else, hope never to repeat. 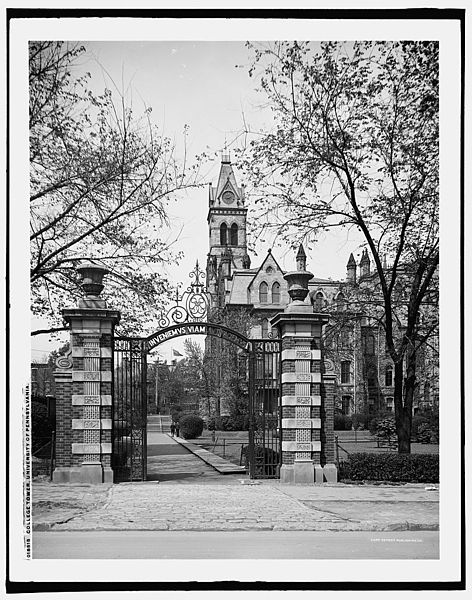 Over an entrance gate at Philadelphia’s University of Pennsylvania is the inscription ‘We will find a way, or we will make one;’ that’s the English translation of a quotation from the Roman general Hannibal, who would neither be turned back by enemies nor terrestrial boundaries in pursuit of his goals. [For all those Ivy League intellectual showoffs, however, the Penn inscription is actually in the original Latin ‘Inveniemus viam aut faciemus.’]

And so the inscription remains, since it inspired the great Benjamin Franklin, who founded the university in 1740, and it has continued to inspire work at the university since.

There’s a very big room in an engineering building on the University of Pennsylvania campus that houses an artifact. And, as is frequently the case with so many tools built for war, its most significant and lasting contributions have been toward peaceful purposes.

But, I’m getting ahead of myself.

In the 1930s and into the first years of the Second World War, it became very clear the military desperately needed more of what would now be called computing power to better complete the increasingly complex tasks of using even the contemporary technology of war.

To illustrate the importance and challenge of accurate calculations in wartime, just imagine, if you will, the number of computations it would take to fire a weapon at a target. Now, imagine how many it would take if the target were moving. Imagine if the weapon itself was moving. Imagine if the motion of both weapon and target were irregular. A concrete example? One ship firing at another, both making evasive movements in a rough ocean with lots of wind.

So, in response to these sorts of challenges, military engineers built what is widely thought of today as the world’s first super-computer, ENIAC [Electronic Numerical Integrator and Computer].

The machine itself is huge; it literally takes up every inch of a very large room about the size of a fair-scale lecture hall. ENIAC was programmed by physically connecting cables between ports in the machine’s exterior structure. Programmers rolled heavy rubberized cables on large wheeled carts around the room and plugged them in as directed by sheets on a clipboard.  New problem? Better give it a little time. New sheet, new alignment of cables. 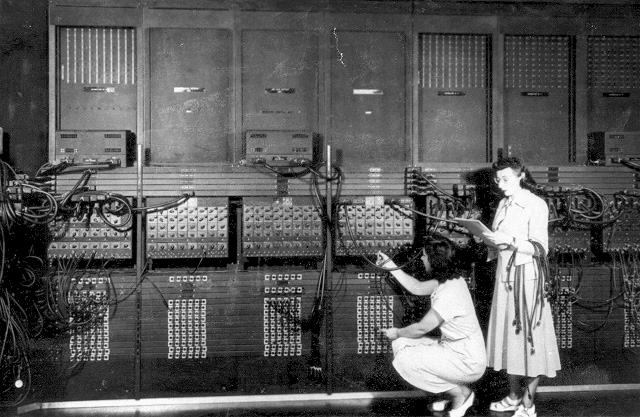 Still, ENIAC was thought of as a marvel, as it was a huge improvement over what preceded it. Many subsequent calculating machines followed ENIAC, each with greater capacities and higher levels of computing power. Before long, there were ‘supercomputers’ developed at other American universities, and some in several other countries as well. A contemporary forecast by a highly regarded engineer supposed that, one day, there might be a powerful computer in nearly every country on the globe.

That’s one computer per country; this brave forecast was just slightly under the actual global penetration of computers, which currently stands just under 2 billion.

I guess, though, we can’t be too hard on the original forecaster. Economic, industrial and technical conditions have changed just that radically since the late 1940s. Even your phone, much less your computer, is faster, easier to obtain and use, has more computing power and capacity than ENIAC did, and all at a fraction of the cost.

This distance between prediction and reality is nothing new, of course. As our societies continue to progress and evolve, as we push forward with new things, both found and made, we will continue to outstrip projections of those who must live in the hard and limited reality of the present day. 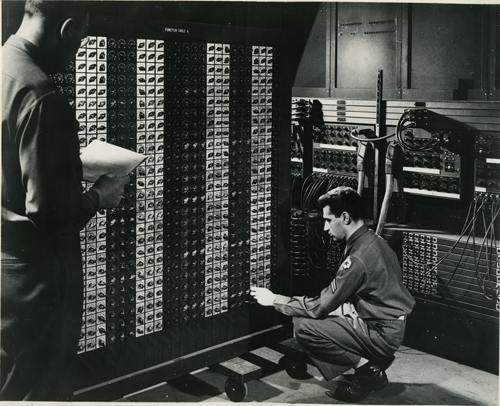