As a kid, I looked out the front windows of our house onto a city playground and its monkey bars, basketball courts and sandbox. Torture, when I wasn’t allowed to go outside and play, because I hadn’t finished my homework or chores, encouragement to finish when I was close. In either case, I could pretty well know at a lightning-quick glance when my friends were available for play. The front room, which we called the living room, although we never did much of anything in it, was always ready for guests (i.e., pretty much off-limits to us).

Our kitchen was the actual real-life heart and brains of the place; almost every memory I have of that house centers on cooking, or food, or eating. Every conversation of any substance whatsoever over the course of my entire young life happened there. We ate at the kitchen table, not in the dining room, where dinners with company would happen. I had my first drink of booze – not my first drink of wine, which happened pretty much routinely at dinner but real booze – mixing an insane concoction from off-remnants in my dad’s liquor cabinet in the kitchen. (A particular mistake never repeated.)

I shared a bedroom with my older brother until he went to college but, even then, the room stayed the same, double beds, matching desks and bookcases, cowboy motif. By the time I hit my teen years, I scarcely noticed the decor; I was in my room pretty much solely to sleep. At night, I kept my windows open, weather allowing, and heard the sound of the old Golden Gate foghorns, now replaced by electronic tones, as I fell asleep.

My grandmother, whom I called Kato YiaYia (Greek-speakers among you may understand), lived in an apartment downstairs. She would highjack me many afternoons when I’d come home from school or practice and feed me a full dinner of roast chicken and potatoes, pilaf or macaroni, bread and salad (and wine) before I’d go upstairs to choke down my second dinner. She kept the garden, which was out her apartment’s back door, well; she knew all the folk wisdom of planting and pruning and phases of the moon and months of the year. After she passed, the garden was turned into a faux-Japanese meditative garden; no more fresh herbs and fruit trees.

Those are my memories of this place on 27th Avenue in San Francisco’s Richmond District.

We’ve just sold the house to a new young family that will make its own history and create its own memories there.

Over the course of my 50-plus years, I must have walked in and out of that house a million times. And soon, any day now, some random exit will be my last. 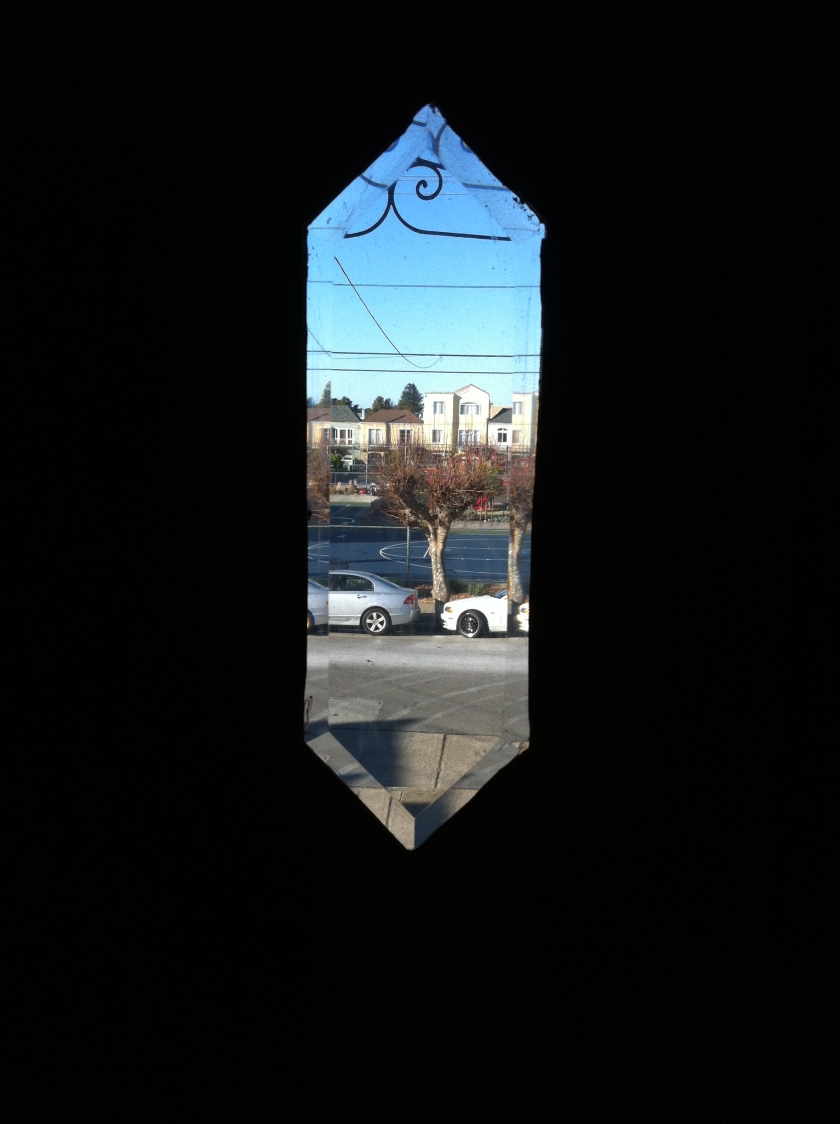 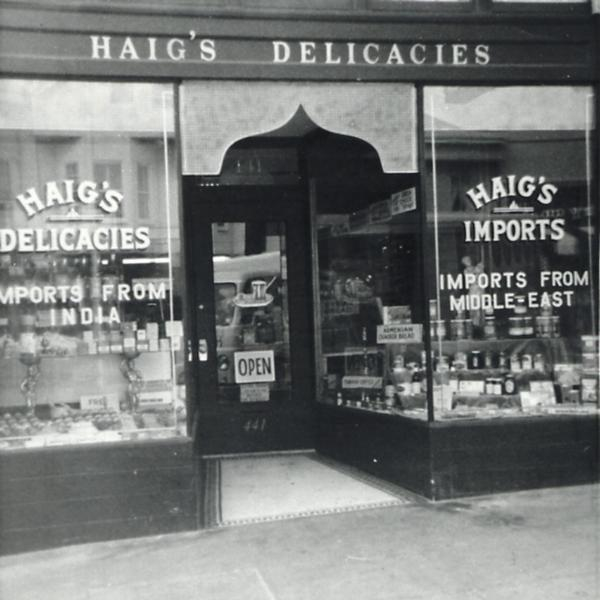 My dad’s been gone over twenty years but I’ve been thinking a lot about him lately. In part, I suppose, it’s because I just heard the news that Haig’s, the Armenian/Mediterranean/Middle Eastern deli my dad used to love, is closing for good.

I knew my dad well, I thought, but there were things he never talked about, or spoke of only rarely and never in detail. His experience in World War 2 was just one example of that. I didn’t come to learn the details of his war experiences until I wrote the Department of Defense after he’d already died. He never shared much, preferring to stay in the happier and more comfortable present, I assume.

Sometimes, I’d get my best insight into him via other people.

Since he grew up in roughly the same neighborhood I did, we’d often run into his boyhood pals. The easy, back-slapping friendliness of cops, firemen, bus drivers and teachers (My high school chemistry teacher, Merton Jones, had been my dad’s classmate.) showed me a lot about both what kind of kid he was and what kind of man he’d become.

I’ll never forget going into the neighborhood dry cleaner one time to pick up a load of his dress shirts. Once my identity and familial connections were established, the Korean lady who owned the place told me my dad wasn’t like other American men. Out of the blue. Just like that. I guess my face reflected the fact that I hadn’t known exactly how to take her comment. She leaned in and told me in a half-whisper she meant my dad, unlike her other customers, had humility.

Then there was Haig’s.

As Greeks, we found the smells of Haig’s completely irresistible – as if walking into my Yia Yia’s pantry and opening all the jars of spices and herbs at one time. Big blocks of fresh halvah sat in the case, along with buckets of olives, even the black wrinkly, oil-cured kind that are impossible to find in American stores (or at least they were, before the Bay Area’s slow-food revolution). Taramosalata. Un-dyed pistachios.

My dad and I went in together one time and he started up a conversation with old-man Haig himself. It might have started with talk about food (I can’t remember now.) but it soon covered every single important thing in both their lives. Not just what they found important at that moment, but every single important event in their lives. No, that’s too limiting. They covered every important thing about their backgrounds, their families, their particular histories, world history. By the time we left, Haig and my dad might as well have been lifelong friends.

It was a quintessentially dad moment.

And every time I’ve gone by Haig’s in the intervening years, I think of that day because, really, it was my dad in a nutshell.