George HW Bush may be the most underappreciated president in my lifetime. For my money, he was among the most intelligent, most thoughtfully connected to world affairs, and most humanly decent – in short, among the greatest.

Some might forget the Berlin Wall and the Soviet Union fell during Bush’s tenure, not his predecessor’s. It was a singular moment in world history. In response, there was no chest-beating, no adolescent crowing from the American president, no showy rah-rah cheers but sincere offers of support and peaceful cooperation. A lesser person in the Oval Office might have used the opportunity for personal aggrandizement, or America #1 hyperbole. Bush was matured beyond that need. He personified the best of American strength: scale, connection, commitment, concern for others, and honor.

Some saw his deliberately measured stewardship of the Gulf War as a sign of weakness. In fact, it was a moment of extraordinary strength. He assembled a wildly diverse coalition to remove Iraqi troops from Kuwait and kept it together and functionally effective. When the coalition’s objective was met, it stopped fighting was disbanded. Many in America thought Bush should have pushed on to overturn Saddam Hussein but he resisted, for the benefit of regional and coalition stability.

Some saw Bush’s backtrack on his ‘no new taxes’ campaign pledge as a breach of conservatism. It was, in fact, completely necessary after the blindly spendthrift policies of his predecessor. Bush knew it would finish him politically but took the sacrifice nonetheless, for the benefit of the country.

I had the pleasure of meeting Bush only once (with Barbara) but have met and spoken with a number of people who knew him very well. George HW Bush was, by all accounts, a thoroughly decent human being, a brilliant thinker, a mature self-aware person who personified the best of America – not our bluster but our honor and our human decency.

If, as many commentators have been saying over these last few days, he was a symbol of a political  America that is truly gone forever, we should not expect to see his like in the Oval Office again, much to our loss.

May his memory be eternal. 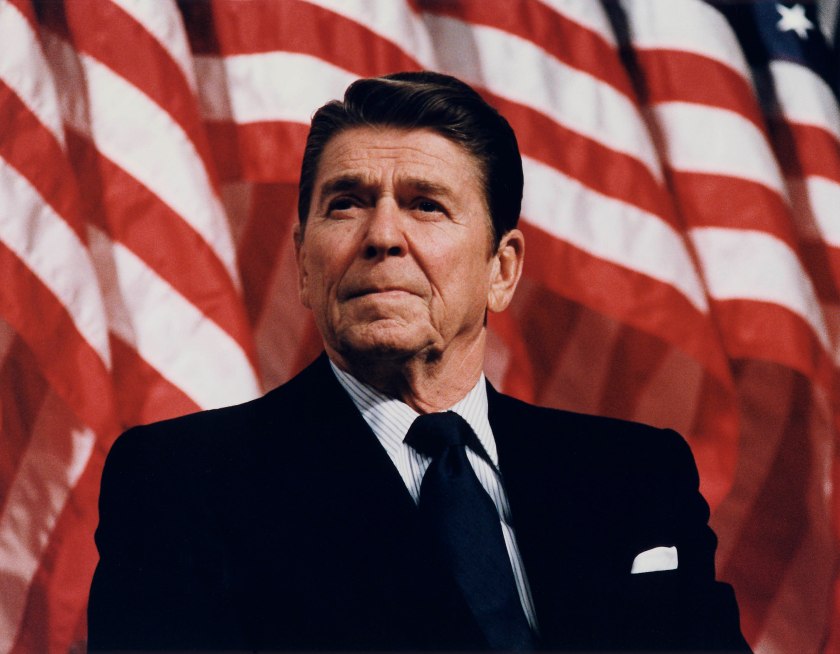 No human being who ever lived has been held so highly by Republicans as Ronald Reagan; he is often spoken of as one small step below the Divine. Republican candidates fight for the right to be thought of as his philosophical successor. And by that term, they mean the champion of smaller, more decentralized government and lower taxes.

As the actual historical record clearly shows, they couldn’t be further from the truth. Reagan grew government and raised taxes more than any president who preceded him.

Under the administration of Jimmy Carter, Reagan’s immediate predecessor, the federal government spent 27.9% of GNP. Reagan’s administration spent 28.7%. Over the course of his 8 years in the White House, Ronald Reagan, the Republican Party’s patron saint of limited government, increased federal spending by 60% in nominal dollars.

Today’s Republicans, it seems, can’t be bothered with such bothersome facts. Reagan himself said: “We’re not attempting to cut either spending or taxing levels below that which we already have.”

The result of Reagan administration spending was unprecedented debt. Reagan tripled the national debt (from $900 billion to $2.7 trillion) during his years in office. He also grew the civilian federal workforce by close to 250,000.

When it comes to the Reagan legacy, Republicans, it seems, would rather cling to the myth than accept the facts.

If Republicans want to continue flogging themselves as the party of smaller government and lower taxes, I’d say it’s time for the Grand Old Party to find itself a new idol.