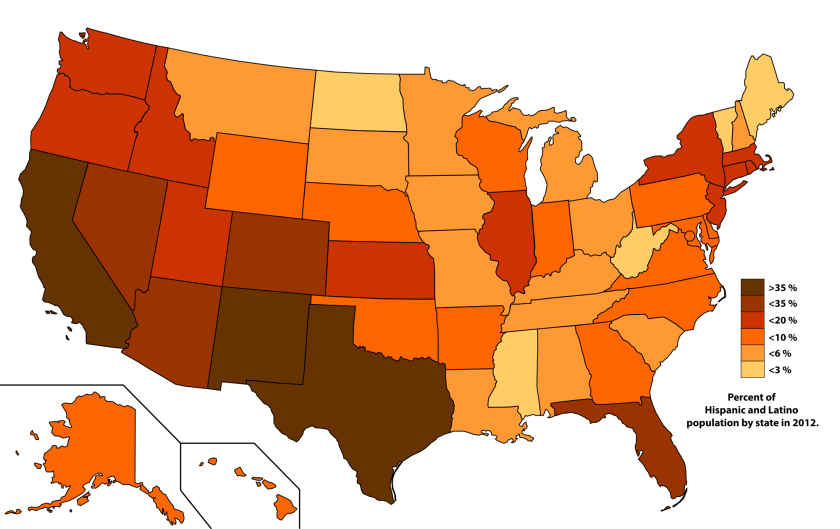 I honestly and sincerely swore I wouldn’t write about politics again this election season but conditions impress upon me the need, the obligation, the responsibility to speak.

This year, many commentators are wondering aloud how we could have gotten to the place we today occupy – an ignorant, narcissistic sociopath is a major party’s nominee for the presidency. And, let’s not be coy, I’m talking about the Republican nominee, Donald Trump.

In the course of the period of my lifetime, barely one-fourth of the total period of American history, politics have devolved to the level of apes – no, this unfairly devalues ape society. When I was younger, Republicans stood for something understandable and American – main street sensibility, small central government, an ethic of hard work, economic opportunity. I may not have agreed with all of it but I understood and appreciated it as a coherent political philosophy.

What today’s Republican Party stands for isn’t beyond my comprehension exactly, more beneath my contempt. Today’s GOP is proudly bigoted, ignorant, racist, sexist and materialistic. It is anti-American, at least as I understand and use that term.

A man of color has occupied the White House for almost eight years. Republicans have never accepted him as the legitimate president of the United States. They have done everything possible to thwart his due exercise of office. Indeed, they have tried to de-legitimize him at every opportunity.

How? By supposing out loud that he was born in Africa, that he is a secret Muslim, that he is a sleeper agent of a terrorist cell, that his election and re-election were illegitimate.

He’s been made out to be foreign. We’ve been shown pictures of him with a bull’s eye on his chest, dressed as a witch doctor, as Adolph Hitler, in minstrel-show blackface. The entire media apparatus of News Corp (Fox News, the Wall Street Journal, et al.) was purposefully arrayed against him in vile and personal attacks.

Simply because of the color of his skin.

The same rough-justice mechanism is now being deployed against the Democratic Party’s next standard bearer for the unpardonable crime of being a woman.

Here is the truth: American demographics are our destiny.

Some years ago, Republicans made a pact with the devil – the Tea Party and other anti-American extremists – in the vain hope of remaining politically and socially relevant. It was a fool’s bargain. Our country is changing, has changed. Any party that caters to white male resentment as its backbone is doomed. The fact is, Republicans are already dead; they just can’t bring themselves to acknowledge it.

And yet, TV pundits feign confusion about what’s going on in the American political landscape. As if they didn’t know.

I beg you, in the deepest way I know how, to say it simply, plainly and out loud: the Republican Party has staked its life on appealing to the basest instincts of a declining portion of the American electorate and it will die as a result. And it will die very soon. And there is nothing the party hierarchy or its craven media whore can do to stop it. 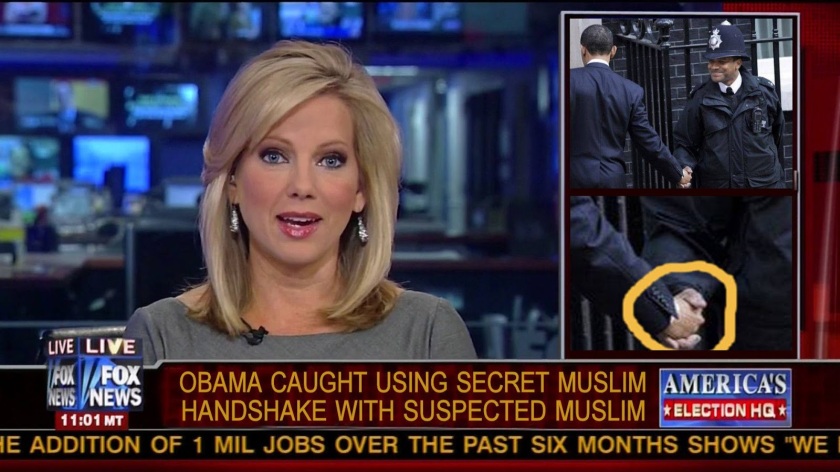 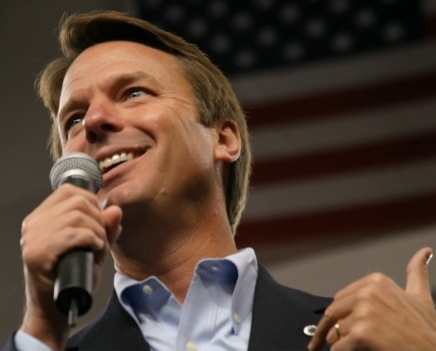 Maybe five or six years ago, a friend who was active in the campaign asked me if I wanted to have lunch with John Edwards. I’d thought highly of Edwards and might have supported him in the election, so I happily accepted the invitation.

It was a small lunch, just some people around a conference table at a local law firm. I had a good opportunity to take measure of the man. Edwards chatted with the people there, mostly donors and potential donors, then made some remarks.

Here’s what I remember:

Edwards talked about the Democratic presidential primary campaign as if winning it were a formality, provided he had adequate resources early (wink, wink). He’d always done well in Iowa, and figured to repeat, due to the fervor of young people. He then thought it likely he’d finish a strong second to Hillary Clinton in New Hampshire, owing to his name recognition. But finishing second there wouldn’t be bad. He assured us, he’d kick ass in South Carolina because, now affecting a comically exaggerated Southern accent, “I’m the only one in the race who talks like this.”  The South Carolina bounce would feed momentum into Super Tuesday, which would guarantee positive coverage in other states, which would blah blah blah, then I win.

Okay, you’re speaking to donors, so you’d better outline a way you will win, but I didn’t sense any awareness on Edwards’ part that, in Hillary Clinton (I didn’t even know Barack Obama was going to be a serious candidate then; it was early in the campaign.), he faced an incredibly able adversary with deeply committed supporters. Further (and this is based on almost 25 years in the speech business),  although I agreed with Edwards on almost all positions of policy, I couldn’t sense his emotional connection to his positions, which is death for candidates.

He smiled real big as his eyes worked the room. But neither his eyes nor his smile had the authentic glee Bill Clinton’s had when I saw him work the same kind of crowd early in his first presidential campaign. Clinton, I thought, always looked happy to be the guest of honor at any party that would invite him. With Edwards, it had seemed more like business than pleasure.

As I look at John Edwards now, facing trial in a North Carolina court, I think back harder on that lunch, trying to remember anything that might have been an indicator of the type of man he actually was, not the type of man I tried to see in him. And I can’t. He was attractive and facile, just like every other political candidate I’ve ever seen.

But as I think back, I think back in anger; John Edwards flew around the country soliciting donations for his campaign at the same time he was having an extra-marital affair and consciously planning to funnel some portion of those funds to his mistress. He asked for my money so he could become President of the United States, knowing he was engaging in behavior that would, in all likelihood, prevent him from ever attaining that office. And he asked for my money knowing that some of it would be used to underwrite the cost of his sexual gratification. [I’m not even going to address his wife, and all the campaign goodwill he harvested from her fight with cancer, and his very visible support of her.]

Like many other people, I was fooled by John Edwards, but I take no small measure of solace in the fact that he is facing the possibility of justice for his actions now. 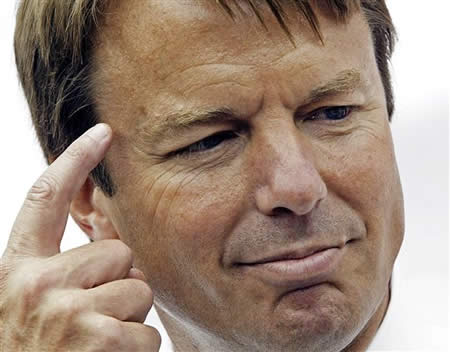