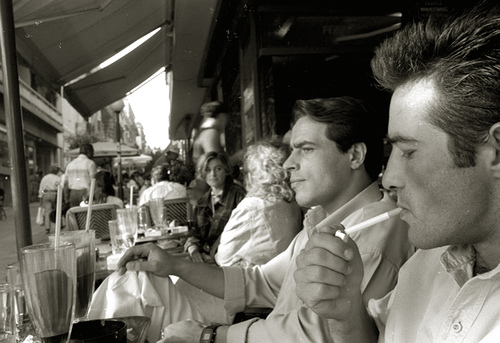 A sigh, but not one entirely of relief.

The much-anticipated return to the polls happened in Greece this past weekend, and the global game of economic chicken is over for the moment.

The result of the nation’s second election in a little over a month was a very narrow victory for one of Greece’s traditional political parties, the conservative and pro-bailout/EURO/austerity New Democracy (ND) party. Assuming ND can successfully form a government, this would seem to indicate that Greece will, for now, stay within the boundaries of a heavy-handed, German-dictated austerity agreement and stay within the Eurozone.

Yesterday’s election gives hope to many, including those working in the world’s financial markets, and rips it cleanly and painfully away from others, like ordinary working Greeks, who can now fully expect to pay for their misplaced faith in international establishments, corporate elites and even their own elected leaders.

One important lesson I hope my beloved Greek brothers and sisters have learned through this recent experience: political leaders, whether democratically elected or not, cannot be trusted to fulfill their campaign promises.  I recognize that I am a virtually complete cynic when it comes to this, but my own considerable experience amply supports this conclusion.

The Greek people, that is to say, the real, hard-working, family-oriented, open-hearted Greek people, who were sold blue-sky and puffy-cloud, joy-everlasting, land-of-milk-and-honey fictions about their participation in the Eurozone have been handed the bill for a banquet they were never invited to attend and, for which, their succeeding generations will be left to slave.

So, for now, the world has escaped the feared tipping over of the first Eurozone domino. I’d say it’s scant cause for celebration.

On Sunday, June 17, Greeks will vote for the second time in about a month.

The last national election results seemed almost humorously irrational to the outside world; for example, putting both socialists and neo-Nazis into parliamentary seats. It wasn’t, of course, either funny or irrational from the perspective of the Greek people, who felt themselves lied to by their own political and business leaders and by global financial interests, leaving them with a burning anger and the unpaid bill for quite a spending party.

After the May elections, no party could form a government, so the nation will go to the polls again.

But there’s no laughing this time around. Not anywhere.

The stakes are quite serious, indeed. Greeks must decide whether they’ll stay in the Eurozone and, if so, who will bear the burden. Markets are trembling and tough talk from some quarters, especially among Europe’s so-called leaders, has done nothing of benefit to anyone. Financial analysts, governments and politicians everywhere are watching closely what the Greek people will decide about their future – stay or go, accept Eurozone-mandated austerity measures, radically change the nature of Greek social programs. In any case, there will be worldwide ripple effects, in addition to perhaps seismic changes within Greece itself.

Austria’s foreign minister, Maria Fekter, put the question with characteristic starkness and gratuitous paternalism, what some see as a direct threat: “Greece will not receive any more economic aid if the election on 17 June results in a government that refuses to keep to the terms of the memorandum [prior agreement about bailout conditions].”

Will Greeks express a clear direction? Will they start the domino-like disintegration of the Euro? Will they provide an example other European countries will follow?

Sunday’s election in the birthplace of democracy will tell.

Of the fictions that exist in our daily lives, there are several categories: childhood (e.g., Santa Claus), harmlessly supportive (e.g., you don’t look fat in that jacket), ignorant (e.g., natural selection and evolution are theories), and downright dangerous (e.g., Europe can hold together a single, viable financial system).

Threats and ultimatums aside, the Eurozone cannot be saved as it currently exists. All honest and clear-eyed observers agree. People in the continent’s most troubled economies no longer support it; that much is clearly evident. The real street-level individual human sacrifices necessary to right the currency are politically unthinkable in those countries. That is the message of recent elections in Greece and France.

Looking back, it was pure fantasy to begin with, sold to people by leaders who were either corrupt and self-motivated, ignorant, or selectively attentive. The Eurozone economies were fundamentally very different animals, not merely in terms of composition, but also of basic approach, social infrastructure, aims and purposes. In flush times, these differences were minimized by robust growth and super-normal returns to capital. Now? Not so much.

Turns out that when push comes to shove, Greeks don’t particularly want to change who they are, how their economy and society behave, or how their jobs, pensions and social security schemes operate. The French either, it now seems. Other members are teetering close to the same place.

So, let’s not pretend about this anymore, alright?

The Eurozone will either change radically (i.e., lose members) or die outright. Forcing the execution of existing agreements will cause real pain to real people, for little good in return. Let’s stick to harmless fictions.

My dear brothers and sisters,

For millennia, you have introduced the world to grand aesthetics, philosophy, mathematics, architecture, national heroism and theatrical drama. Through your brave actions in the streets and at the ballot boxes, you continue to demonstrate what direct democracy looks like.

You cannot know the depth of pride with which I hold my Greek heritage. Nor can you know the real pain I have felt lately at your recent suffering. But it was with startled disbelief that I read of the rise of the neo-Nazi Golden Dawn party in this week’s elections. 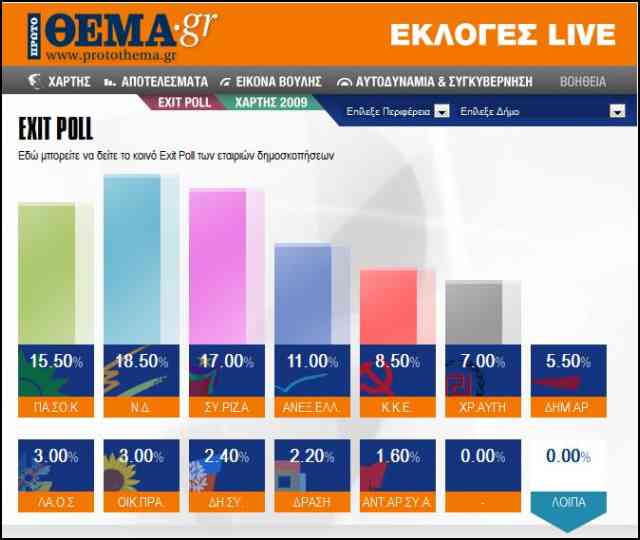 Seats in your glorious parliament for people who call for “taking the dirt out of the country,” “cleaning up Athens” and planting landmines along the borders to stop illegal immigrants from crossing in? A place in government for black-shirted thugs who violently break up opposition rallies? Votes for those who sit in front of an Hellenic version of the Nazi swastika?

No, my brothers and sisters; it cannot be. Not in the birthplace of democracy.

Please believe that I understand the appeal of dark temptations when things seem at their worst. We have seen troubled times bring out the worst of us, here in America, as well. But this is not the Greek way. This is not our way. Not fascism. Not a dirty echo of Nazism. This is not Greece.
It is time now to show the world what Greek heroes look like.
With support and love,
Your brother