For some of my readers, this will come as news. Before the ubiquity of online social media, Google, YouTube, NetFlix, and iTunes, you pretty much had to rely on local radio and, to a much lesser extent, television for introduction to new music. Or maybe, if you were really lucky (as I was – thanks, Melecio), connected and knowledgable friends.

The rest of America relied on Dick Clark and/or Don Cornelius. (You can read my thoughts about the passing of Don Cornelius here.) Clark’s show started as a local affair in Philadelphia; it grew to become Bandstand, then, as it went national, American Bandstand. From the start, a couple of things were obvious: (1) Dick Clark was and was always going to be the adult in the mix – this was no ersatz kid – and (2) he loved music and musicians. 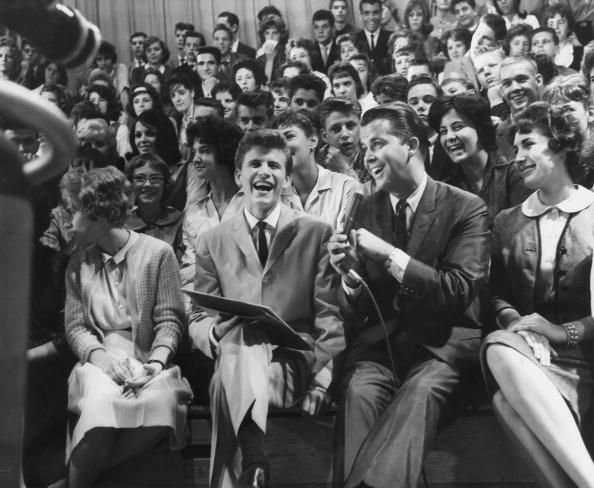 He seemed genuinely happy interviewing the kids who danced on the show and wore the latest fashions (My God, the crushes I had on Bandstand’s cast members.). Clark dug deeply into what they liked about what they’d just heard. American Bandstand, courtesy of the host’s earnestness, must have been gold for the research departments of the nation’s advertising agencies.

Over the years, Dick Clark presented a dizzying array of artists. Maybe not always the best artists, although that can be debated, but the variety was both odd and amazing. Reading the list induces incredulity. Here’s a (very) partial list:

Clark became the butt of jokes and a hollow self-parody of his better self at some point, then, in part due to a severe stroke, was seen only as the wooden television presenter of New Year’s Eve. It was a crappy public end to a long and storied career dedicated to something as great as popular music.