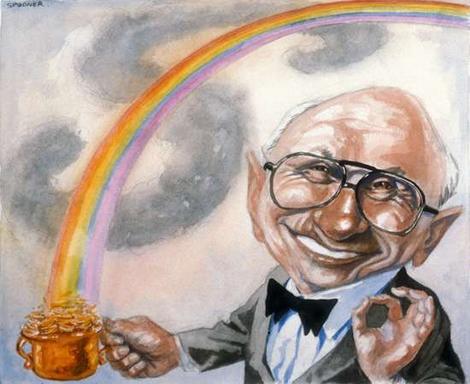 Finding a national consensus on matters like drug use, abortion and gun control is clearly a fool’s errand. Because we are, as a nation, so diverse and divided on matters of religious beliefs, ethical foundations and personal priorities, we will never – NEVER – come to a stable, lasting, nationwide accord on these issues.

Let’s start with drugs. Several states have decriminalized or even legalized marijuana use. Marijuana use was recently made legal in Washington and Colorado. Its use is not a criminal offense in more than a dozen other states. Others haven’t changed the legal status of marijuana and aren’t likely to.

Guns control is an extremely emotional and divisive issue in the United States. This was demonstrated clearly last week when the Senate considered unsuccessfully a moderate proposal to nationally standardize required pre-sale background checks for firearms. Unrestricted private firearm ownership is considered nearly sacred by some of my fellow citizens but considered purely evil by others. In Alaska and Arizona, for example, gun ownership, and even carrying guns in public, is virtually unchecked. It is much more difficult to obtain a firearm in, say Connecticut or California, and nearly impossible to get permission to carry a firearm in public.

So, instead, let me propose something completely different – a solution driven entirely by free market principles. And it might look something like this.

The federal government tracks and posts accurate conditions reports on each state, listing up-to-date laws governing behavior on these ‘values’ issues. We, as consumers, decide where to live, go to school buy products, etc. based on those particular issues that matter to us.

If we want to smoke marijuana legally, we move to Washington or Colorado.

If we want to own the choices regarding our reproductive health, we don’t live in North Dakota or go to Notre Dame or St. Mary’s Hospital.

If we want to legally carry a firearm to the shopping mall, there’s always Arizona.

Now, the other side of market solutions is, states and employers and schools must be required to fully disclose their positions on these ‘values’ issues. Notre Dame University, for example, must have a statement in its marketing materials (alongside the intensely-focused cello player and the touchdown-scoring halfback) that says:

This university is affiliated with the Roman Catholic Church, which considers contraception a sin. Therefore, our student health service does not and will not offer contraceptive services.

With that information fully disclosed, high school seniors can intelligently choose colleges that best align with their personal beliefs and priorities. Anticipate needing or wanting contraceptive services as part of student health? Notre Dame isn’t for you; go somewhere else.

I can imagine signs at state borders as well:

We allow pretty much anyone to buy and carry a gun here.

If you don’t like being around a lot of people with firearms, you can always vacation in Massachusetts.

This is, of course, not a realistic proposal, for two major reasons.

First, when push comes to shove, institutions (states, businesses, colleges) are loathe to disclose their positions openly if it costs them money, tourists, students, or employees. Notre Dame is unlikely to tell promising high school seniors with non-Catholic values they should just look elsewhere. North Dakota doesn’t want to lose new businesses because of its position on abortion. And Arizona would literally starve to death if tourists stopped going to the Grand Canyon or baseball’s Spring Training because of its gun laws.

And second, so-called ‘values’ conservatives say they like the unfettered free market and personal liberty and all that, but what they really want is to force their agenda down the throats of everyone else. They don’t want Colorado to become a stoner’s paradise, not because they themselves don’t want to live in such a place, but because, according to their own personal values, marijuana is evil and no American should be allowed to partake.

So, for now, we’ll live with this endlessly boring political and judicial wrestle over ‘values’ issues, when what we really should do is just start erecting the new state border signs: 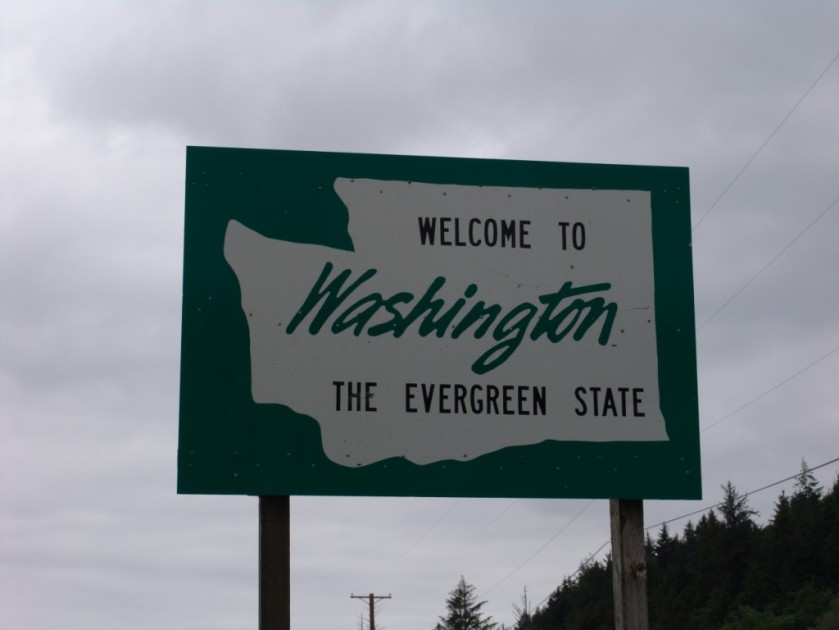 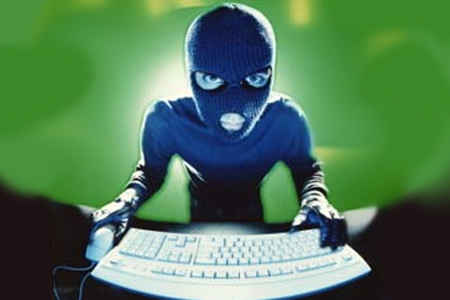 The shadowy group of adolescently sanctimonious hackers known collectively as Anonymous struck at the Vatican the other day, forcing several sites to shut down. In a statement, the group said:

“Anonymous decided today to besiege your site in response to the doctrine, to the liturgies, to the absurd and anachronistic concepts that your for-profit organization spreads around the world.”

This is a philosophy which says: I know unambiguously what’s right and that I will use that consciousness to enforce my greater/better/moral vision upon you. Exactly what the world needs, I’d say. A small group of the self-appointed and self-righteous deciding what content ought to be made available (or not, as the case may be) for the rest of us.

After months of Republican primaries, it’s a principle of behavior the American electorate should be completely accustomed to by now.

Several (all?) Republican presidential candidates have insisted that their particular Biblical interpretations are not only self-evidently accurate, but are also the only possible and appropriate foundations of American public policy. Further, these candidates have expressed the desire to use the full powers available to them, once elected, to coerce behavior they find personally acceptable out of our fellow citizens.

That’s not American, not democratic, and not even civil. 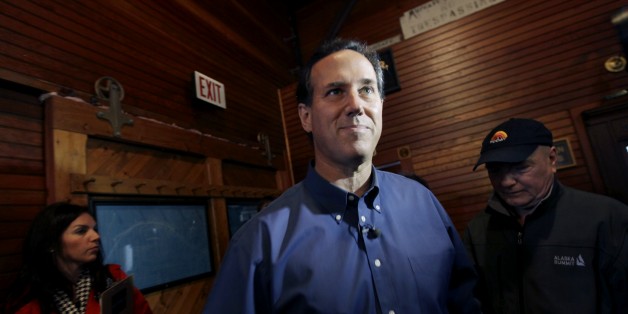 [P.S. – I’m not going to post anything new for the next few days. Don’t take it personally; other pursuits demand my full attention. See you again soon.] 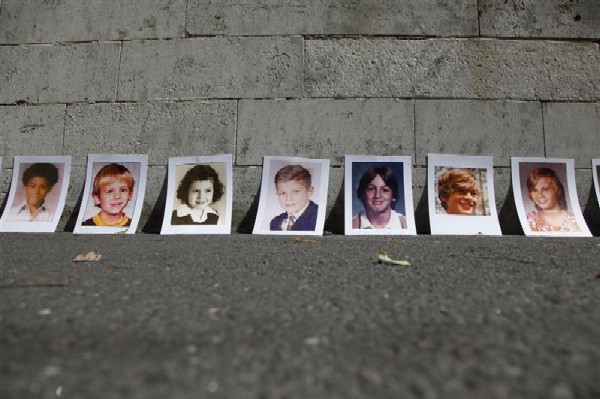 Some bit of personal disclosure to start:

First, in my professional life as a communicator, I have numerous times been retained to work with institutions and individuals accused of sexual abuse. I understand how difficult it is to communicate well about cases such as these.

Second, I come from a place of deep respect for the Roman Catholic Church, the Christian faith and the institutions of organized religions of all traditions. For several years, I worked for a Christian, though not Roman Catholic, church in a professional leadership capacity and was proud of the work and the institution. Further, I respect the priesthood; my uncle Anthony was an almost-universally beloved, pious and respected priest for over 55 years. I have seen firsthand the good works the church has done for the world’s poor and sick, people who would otherwise have been forgotten, neglected and left for dead. I am not a person who thinks organized religion to be an inherently corrupting or villainous influence on humankind, and I’m waging no war against religion, Christianity, or even Catholicism.

All that said, I am repulsed down to my bones by the latest reports from the bankruptcy settlement process in the Archdiocese of Milwaukee, reported here by CBS News. People who were abused by Roman Catholic priests, as youth for the most part, are bargaining now with lawyers for the appropriate level of recompense for the damage done to them – not just by the priests themselves, of course, but by church leaders who systematically and consciously denied their accusations (though they knew them to have substance) and sheltered their abusers. And their claims are being treated, more or less, like those of other Archdiocesan creditors.

“The creditors committee, archdiocese and its insurance company will negotiate a dollar amount. After that, those who filed [abuse] claims will negotiate between themselves on how to divide the money.”

In other words, those 550-odd people who were callously mistreated by priests who put their own sexual desires above the spiritual needs of their parishioners, then were further and publicly abused by church leadership, have no greater standing in obtaining justice from the Milwaukee Archdiocese than, say, the phone company, or parish-luncheon caterers, or Kinko’s.

That is, in fact, how little this institution sometimes thinks of its people. If that makes you more than a little angry, write this man. 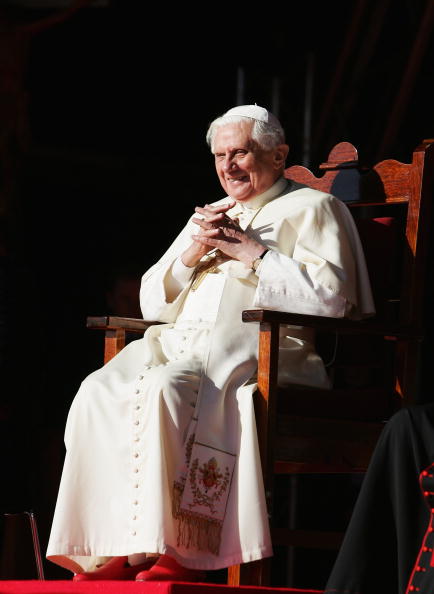