Great places to visit, things to see and events to attend and be a part of – as Americans, we should be proud of the great diversity. Music. Food. Celebration. Parties. You could never see all of them but here’s a list of place-particular (and mostly annual) events I think you might want to put on your list before they’re sold to the highest corporate bidder or completely gone.

People who’ve been going since the very first South-by-Southwest (SXSW) Festival might tell you it’s a shadow of its former self, but this event still brings together music, technology and social thinkers in original and fun ways. 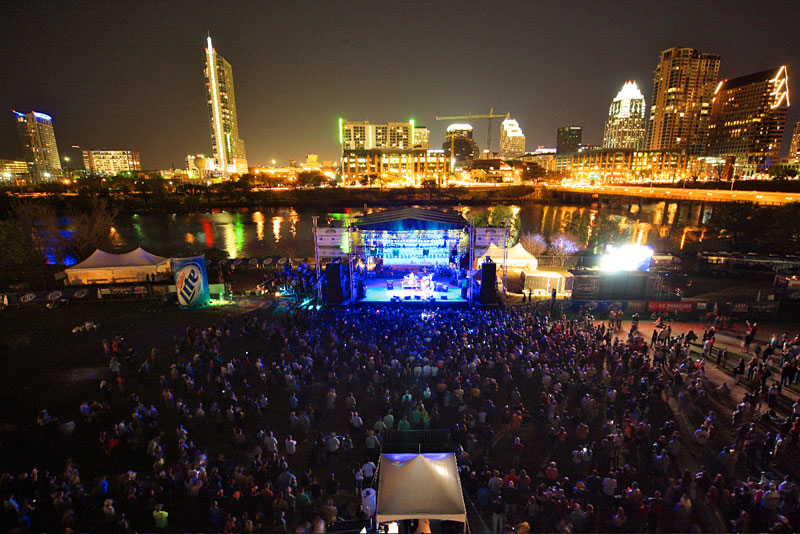 What’s the best part of this festival? The plays? The production values? The acting? The naturally beautiful setting? The theater itself? All of the above. The audience is an exciting mix too.

A good friend went to a final four years ago and still talks about the insanity of an arena filled with high-volume and high-energy bands, fans squeezed into replica team jerseys, plastic pig-heads and other totems of the teams playing. 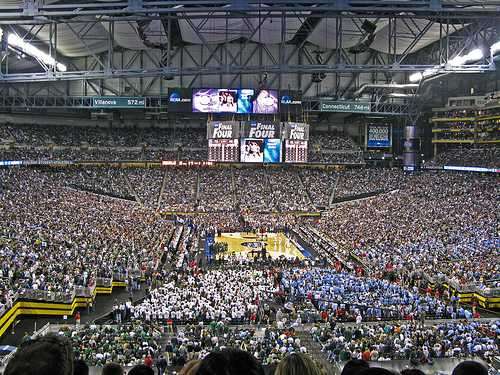 Chicago is an uncommonly beautiful city, especially during summer. Everyone who can is outside for as often and as long as they can be. Imagine a gorgeous lakeside park literally filled with the city’s best food and bands ranging from native blues to nasty hip hop.

I find it hard to completely describe the feelings Fleet Week stirs in me. My grandfather and father both went to sea, following a long family tradition, and I do feel somewhat at home on the water. The sailors who visit port during fleet week are young, smart, engaged and knowledgable – a delight to meet, and a source of pride for our country. The vessels themselves are of singular scale, gliding grey behemoths. And then, there are the insane flyovers by the Blue Angels.

This parade stirs pride of a different sort. Since its wild Gold Rush days, San Francisco has  tended to make people of all stripes feel welcome. As a result, the city has always attracted people who have felt less than accepted, appreciated or loved elsewhere. “Come here,” San Francisco says, “and be yourself, completely. We’ll celebrate that together.” 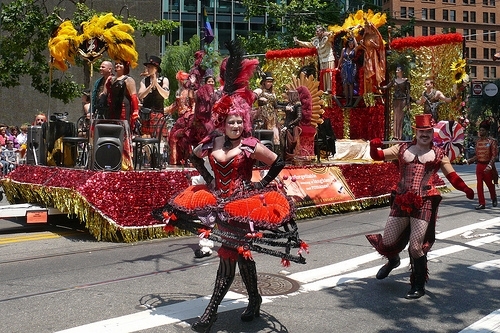 Philadelphia may be known for a sort of button-down personality, but this is anything but. Insane, is what it is. Troops of men, painted in silver, clothed in wild color, carrying banjos, playing old tunes like “Golden Slippers,” marching down ice-cold winter streets of downtown. 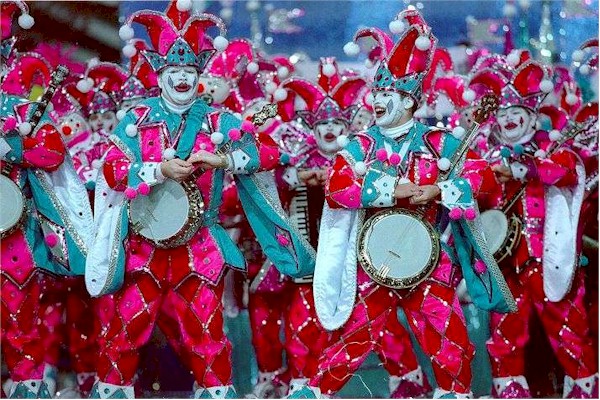 The particular identity of the person being inaugurated doesn’t matter. The party doesn’t matter. A million citizens come to the mall in our capital every four years to bear witness to the orderly transfer of power, one citizen to another, the result of an open, fair and free election, without force or coercion.

Famous and infamous. Superb music, insanely inventive floats, free-flowing drinks, a city full of people who just want to have an amazing time. What is there left to say about this month-long party in America’s party, music and booze capital? Laissez les bontemps roulez (let the good times roll, for non-francophones).

The Pops come out to bring the enormous outdoor crowd to a frenzy of patriotism, even before the real fireworks begin. There are July 4th celebrations everywhere, but Boston gets it. Wicked. 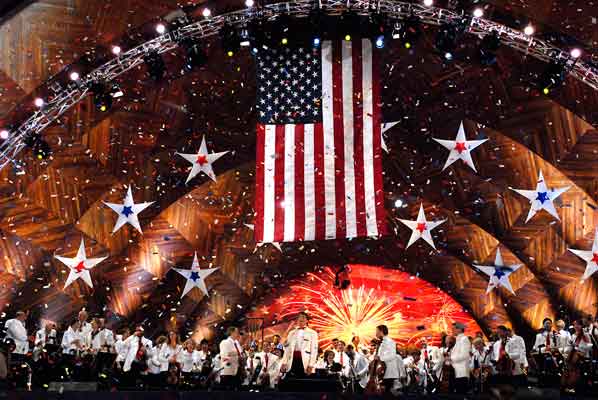