Okay, well, here goes; I must start this post with a personal confession.

Between 1990 and 1992, I was treated for severe depression with a combination of psycho-therapy and drugs. Although this was over 20 years ago, I do not consider myself ‘cured.’ Depression has turned out to be, more or less, a permanent part of my life. I have, however, learned to manage it without ongoing therapy and drugs but it’s something I have to remain aware of and it does sometimes color my perceptions and experiences. In some people, the anti-depression drug I took also has the cruelly ironic side effect of heightened thoughts of suicide. For many, depression is not just sometimes feeling blue; it’s a serious and chronic condition.

When I heard about Robin Williams today, well, I can scarcely express how badly I felt and maybe also, initially, how frightened.

Several years ago, I ran into Williams at the Polo Fields in San Francisco’s Golden Gate Park. I was literally running and he poked out of the space between two hedges. He was with his son and carrying some sports gear. He’d obviously been out playing with his kid, just like any dad would do on a nice afternoon. I said hi and he said hi back and, to be honest, there wasn’t much more to the interaction. He wasn’t in the park to get noticed by a fan and I wasn’t about to invade his personal time and space. I may be reading more significance into the memory than really existed but I’d swear he looked at me with a little gratefulness at being allowed the courtesy of just being a dad in that moment and not a world-renowned stand-up comedy and film star.

I am so sorry for his family’s loss. I can’t, and don’t even want to, imagine their grief today, especially the grief of that boy who had a catch with his dad in Golden Gate Park on a brilliantly sunny afternoon 20-something years ago.

If anyone reading this suffers from depression, or is dealing with thoughts of suicide, please talk to someone. Please. Depression is not something to be ashamed of, or to be suffered through in silence. You’re not alone. 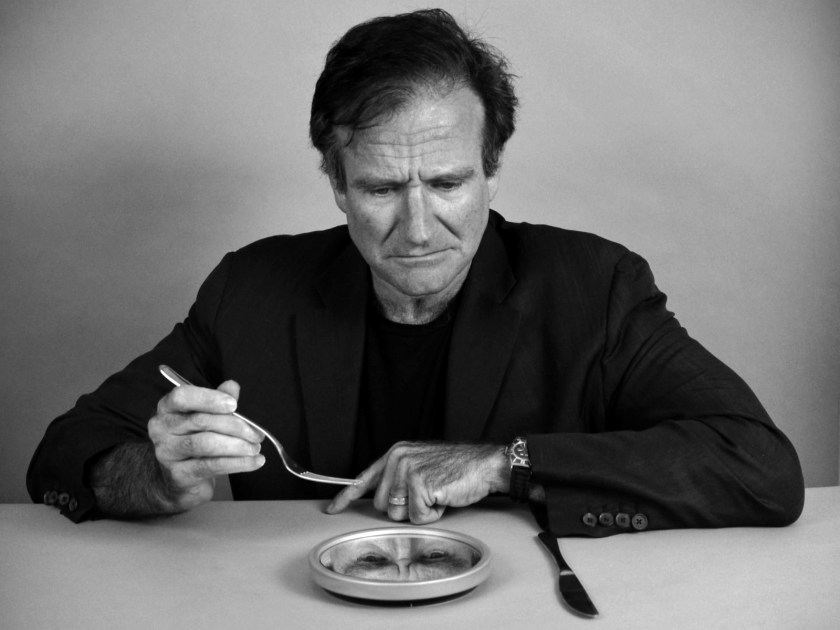 Leave a Reply to p a brown Cancel reply