What did I think of last night’s Oscar telecast? Worst I’ve ever seen. Boring, self-indulgent crap. Clear to me the film industry has lost its sense of self and its own history, lost connection to its audience.

1. The host: Is misogyny funny if it’s used ironically? Homophobia? Sexism? Seth McFarlane failed. Not #fail. Not #epicfail. Actually failed, and the academy failed by hiring him to do what he did; after all, his approach couldn’t have been a surprise.

2. Quentin Tarantino: A tiresome man who makes derivative movies mistaken by dullards for genius. I have given about 6 hours of my life to the viewing of Tarantino films, to my permanent loss. No more. Peace out, Quentin, you pompous ass.

3. Musical tributes: Chicago was a poorly made movie released 10 years ago. It should be left to die. All due respect to Shirley Bassey, who is an absolute wonder, the songs are not the best thing about Bond movies. Barbra Streisand makes me gag.  Kristen Chenoweth doesn’t hold my interest. This idea for the show theme was borne of avarice and desperation.

4. In memoriam: Some actual film giants died in the past year. Ernest Borgnine got about 2 seconds of screen time. Andy Griffith wasn’t shown at all. Why? To make time for world-class egotist Barbra Streisand singing Marvin Hamlisch’s drippiest all-time song. Gag. 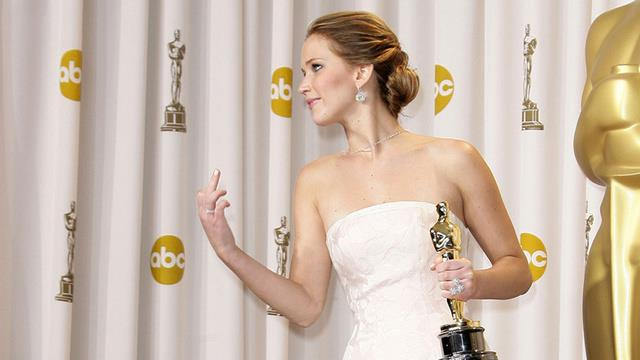