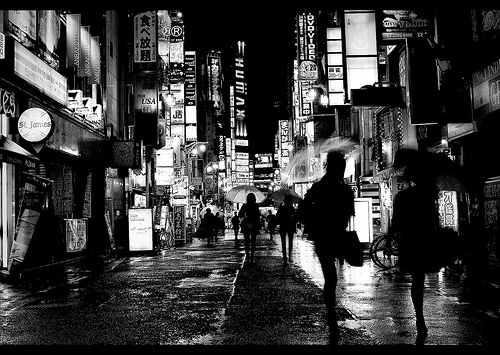 I was driving home on a recent rainy Saturday night. The city’s downtown holiday lights were going up. Car and pedestrian traffic was heavy, manic and unaware; just a dress rehearsal, of course, for the nightmare weeks coming after the Thanksgiving observance, but tense and nerve-jangling nonetheless. When I popped on the car’s radio to drown out yelling people and blaring horns, I heard the strains of a Celtic song, Scottish or Irish, I did not know for certain. The sound of the fiddle, so characteristic of Celtic music, so beautiful, yet so full of sadness, washed over me with a wave of familiarity, as if I was actually at the ceilidh where the recording took place.

The ache I was feeling has a name; it’s called nostalgia.

Nostalgia comes, as so many of our words do, from the Greek – a combination of nostos, meaning “homecoming,” and algos, meaning “ache.” So, nostalgia is, literally, an ache of longing for a time or place that has sentimental weight, like home.

When I post photos of long-gone San Francisco (e.g., Playland-at-the-Beach) on this blog or to my facebook account, as I am sometimes wont to do, that’s an expression of my nostalgia for a hometown that doesn’t exist anymore in the way it did when I was a kid. Funny, then, that I would feel the same ache from Celtic music but feel it, I did.

Now, I’ve never been to Ireland, and I’ve been to Scotland only once (loved the visit, by the way) but I would never consider either place home. Nor would I consider myself Celtic. My people are from the eastern Mediterranean. Nor did I grow up listening to Celtic music as a kid. It’s something I enjoy hearing from time to time, and that’s about it. For some reason, from penny whistles to crying fiddles to skirling bagpipes, Celtic music does something to me emotionally. [A side note: for the most part, I’d still rather listen to other stuff. I’m not insane.]

My nostalgic connection to Celtic music is somewhat similar to the feelings I have for Washington, DC and North Carolina in the spring and, to a lesser extent, Philadelphia in the fall, but at least I actually lived in those places and still have actual friends and memories I closely and warmly attach to each.

No, as I think more about it, this may all be traced to the particularities and peculiarities of my family history.

It was almost a century ago that all four of my grandparents left (or were forcefully uprooted from) all the people and places they held most dear in the world. They came to a wholly unfamiliar place, amidst mostly unfamiliar people and customs. So, as American as they became over time – and they did, in fact come to be more American than Greek  by the ends of their lives – they still must have been mightily torn by the competition bewteen the pull of their old land and the push of the new.

Is this familial inheritance the reason that, even though I dearly love my hometown, I so often look over my shoulder at other places and fondly remember the people of my long-gone past? Is it the reason music that’s really not my own sometimes feels so close to the bone? 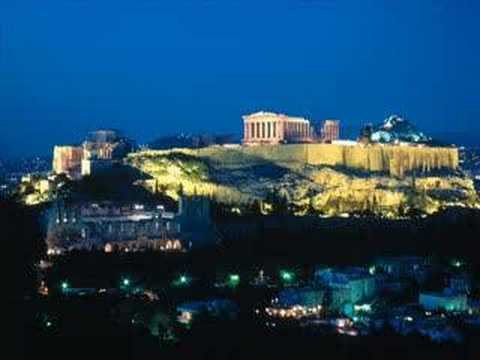