The soundtrack of my young life went something like this: my mother played classical pieces on the living room piano, my dad played Sinatra and Johnny Cash on the Hi-Fi, my brother played the Beatles and the Rolling Stones on his transistor radio.

I try to remember that personal context thinking of the day (I was around 10 years old) when my friend Anthony brought a new album to the clubhouse of our neighborhood playground. He said to me, in dead earnest, “I know this isn’t what you listen to at home but you have to hear it.” And with that titillating introduction, he pulled James Brown’s ‘Cold Sweat’ out of the sleeve, itself looking strange and unfamiliar to me, and placed it on the playground’s antique record player.

What happened next isn’t entirely clear to me now, many years later, but when the ungodly-long (it was over 7 minutes) song ended, I knew something buried deep inside me had been released. I thought I knew music before hearing James Brown but this was something I’d never heard before; I’d never ever heard anything remotely like it. My wee 10-year-old brain was well and duly blown, and blown for good. When, sometime later, I finally saw Brown perform in ‘The T.A.M.I. Show,’ a concert film, a true happening of cosmic scale, I sat slack-jawed throughout. Not only was his music completely different than anything I’d heard before, he moved in ways I’d never seen. 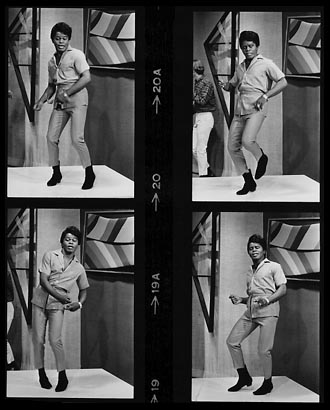 My family recently gave me ‘The One,’ a brilliant biography of James Brown by RJ Smith and I inhaled it practically overnight. The New York Times review is here. It made me remember what I felt when I first heard his music and it made me appreciate or, more properly, re-appreciate just how revolutionary a figure he was. And to say I loved the book is in no way to sugar-coat Brown’s street-tough life, personal inadequacies, or thorny personality.

James Brown lived hard and righteously pissed off nearly every single person he ever met. That said and understood, he laid a foundation for all that followed him. If you don’t know James Brown, his music and performance, do yourself a favor and discover him now. If you do know him, get Smith’s book; it will be a revelation.