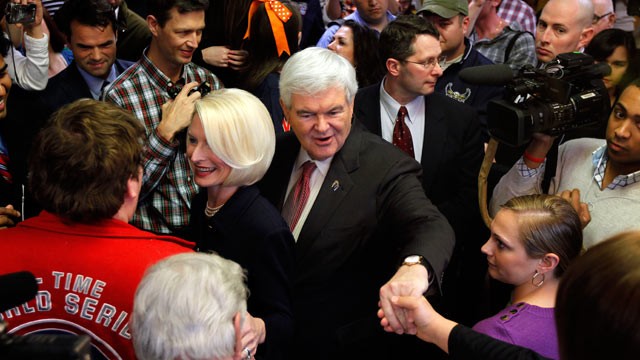 Newt Gingrich, as anyone who might possibly care knows by now, has withdrawn from the race for the Republican presidential nomination or, in current political speak, he has suspended his campaign.

I’ll miss him. Or, to be more accurate, I’ll miss half of him, because Newt Gingrich is really two Newts: there is the grandiose, didactic, more-conservative-than-thou joke who barely made a dent in the campaign, but there was also the old-school politician who visited zoos and shook hands and connected with people in a way his major competitor Mitt Romney can only dream of.

The first Newt acted like he was smarter than everyone else, floated bizarre ideas as if they were normal as walking across the street,  and never fully rose to the challenge of running for president. No one in their right mind would miss that Newt.

I met the second Newt a few years ago and was surprised at how much I liked him. He was friendly and accommodating when he had no self-interested reason to be. He spoke to my son, then 10 years old, about this country and its politics in an engaging way that few adults would have taken the time or energy to do. He was funny in an unstudied and understated way that few people of power and fame are.