Many times and from many quarters, we San Franciscans have been derided, sometimes to humorous effect, at other times, less so, for being retrogressive, nostalgic, romantic and overly protective about our past. We can seem to want to slap an historic designation on almost any structure older than a few years, from 1950s diner mascots to winking billboards. We can seem more reverential about some of these pieces of our civic history than the Greeks about their Parthenon.

Recent case in point: the brouhaha over the Gold Dust Lounge, a kitschy bar in the touristy Union Square shopping area. [Disclosure: I love the place and hope it lives forever.] You’d think people were fighting over the fate of the Golden Gate Bridge. 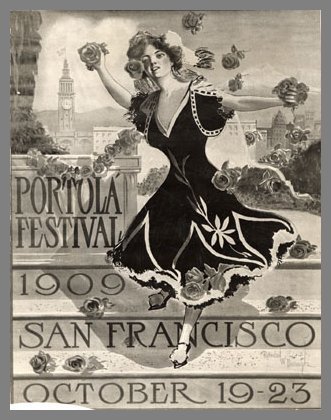 That said, there are a lot of physical places I knew growing up here as a child that no longer exist. The loss of some make me sad and make San Francisco a significantly poorer place, in my opinion. We’re not, in the great scheme of things, a very old place. We don’t have bottomless stores of architectural beauty and history. We should appreciate and preserve the important things we have.

‘Stones make a wall, walls make a house, houses make streets, and streets make a city. A city is stones and a city is people; but it is not a heap of stones, and it is not just a jostle of people.’ – Jacob Bronowski

San Francisco has the character it does because of what’s here and who’s here. And we should all be conscious of that and exercise no little measure of care when we’re considering saying goodbye to either – buildings or people.