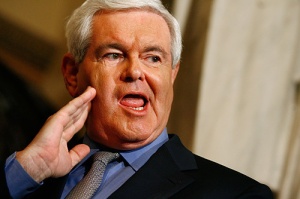 In today’s Opening Shot article, “When a party flirts with suicide,” Salon’s Steve Kornacki supposes that the GOP is about to put a gun to its own head by moving former House Speaker Newt Gingrich forward in the primary process. Furthermore, Kornacki compares 2012 with 1964, the year Republican elites were unable to stop their party’s nomination of Barry Goldwater, who barely moved the electoral needle in the general election against incumbent Lyndon Johnson.

To be sure, this year has revealed significant changes in the Republican party. (Are they permanent? Who knows?) Constituencies on the fringes are again becoming the more vocal and visible in the party. The mainstream, corporate or main street Republicans, call them what you will, that have been mainstays of the party’s leadership, philosophical and otherwise, seem waning in energy and influence. But I wouldn’t say that’s the result of party elites’ action or inaction.

All institutions change over time but tend to return to their general character and purpose. Orbits aren’t circles, but ellipses; they may stray from the center but tend to veer back, stray then veer, in repetitive cycles. It’s natural and it’s happening again. Statisticians call it the regression effect, observations tend to move back toward the average, eventually.

Will Gingrich’s continuing and energetic candidacy kill the GOP? Time will tell but I wouldn’t bet on it, anymore than Goldwater’s did. Will it be as a result of a lethargic or impotent elite? More likely the result of routine statistics.

One thought on “The regression effect”